There is an introspective pall hanging over Memories Look at Me that goes naturally with the thematic territory of visiting home as an adult. But Song Fang’s debut feature tackles the mixture of nostalgia, sadness, and regret with a very easy to swallow tenderness, worlds away from exaggerated bromides of middle-aged self pity. Using the comfort of her own family—mother, father, and older brother—Song scripts a documentary out of a visit to her parents' home in Nanjing. Her outward concern for their physical health is matched by their oblique inquiry to her unmarried status. Painted with the cool tones of ambient light, the film is a slow train of casual conversation and delicate confessions that all carry a substantial emotional vibration. 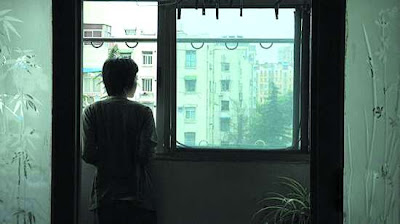 Song Fang, who both stars and directs, will look familiar from her role in Hou Hsiao-hsien’s 2008 Parisian rondeau Flight of the Red Balloon where she stars opposite Juliette Binoche as a filmmaker working as a nanny. Born in China, she studied film first in Brussels and then in Beijing. There might be something prophetic about being cast by Hou, but there is also something very prescient in catching the eye of Mainland master Jia Zhangke, who produced Memories under the wing of his production company Xstream. Song, already a young director that seems to be working in an inner circle, has created a film that rubs elbows with the fiercely independent work of Chinese director Liu Jiayin and the grand mono no aware elegance of Yasujiro Ozu. This caliber of names is simply a testament to how special a film this is.

This unaffected film slides comfortably into a modern depiction of filial piety in a society where Confucius is little more than an apparition. Although she inspects her parent’s lives as a visitor, Song also cleans her father’s ears and plucks her mother’s eyebrows as if she has always been their caretaker. There is a unique generosity with the time that everyone takes in listing to one another—a quality mirrored in the patience of the camera. The finality of life and the struggle to make the most of the time left gently leaves an impression on every scene. When Song suddenly starts crying, her mother asks, “What’s on your mind?” She replies that she’s not sure, even though it is perfectly clear she is thinking bout her parents’ eventual death. To the film's credit, the implication is there without diving headlong into melodrama.

Memories Look at Me is an unpretentious film, shot almost entirely inside one apartment with static middle range shots, and sparsely lit beyond ambient lighting. Despite its modest attributes it is already pulling down awards, earning Best First Feature Award at the Locarno International Film Festival earlier this year. In Vancouver, it was nominated for the Dragons & Tigers Award for Young Cinema, but came up short to the experimental narrative of Emperor Visits the Hell. It is also receiving praise at the New York Film Festival and Busan International Film Festival where it recently screened. One can only hope that this healthy festival attention will bring it further recognition and possible distribution, especially in the States. Without a new feature from Jia or Liu, Song Fang’s moving film fills a low-key void in what we are seeing from the Mainland this year.
Posted by Kathie Smith at 10:30 AM

dO you know if this film has any distribution in the US? I am a film curator in Akron Ohio and would like to screen it

To my knowledge, it has not been picked up for US distribution. If I hear anything I will let you know. 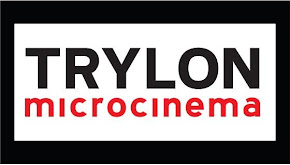 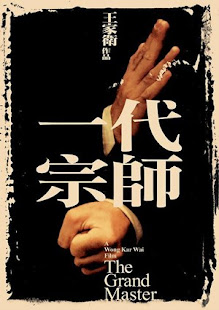